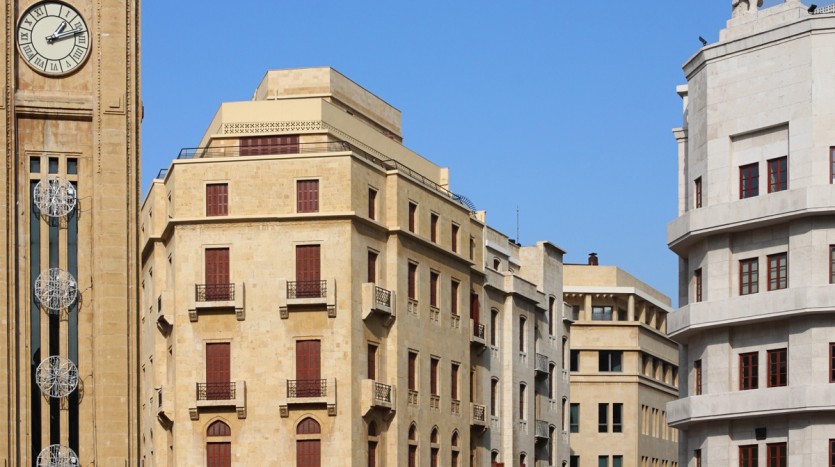 Last week, a group of economists, in a survey going by the rather ironic name of “The Lebanese Economic Outlook”, acknowledged the elephant that many of us have noticed sitting in the room for the past two years: namely that the local housing market and construction sector have been adversely affected by the economic slowdown and are unlikely to register any growth in the immediate future. Really?

While hardly breaking news, their prognosis will be greeted with more than a dollop of Schadenfreude by first-time buyers who watched helplessly as house prices in some areas doubled between 2008 and 2012.

It was a boom driven by GCC investors who suddenly found themselves extremely liquid after oil prices went bonkers in 2008, and Lebanese expats seeking a safe haven from the buffeting winds of the global financial crisis that hit in the same year.

The GCC inflows were fuelled by the desire for a luxury summer bolthole in Lebanon’s relatively liberal milieu.

The country was enjoying a golden age that matched, for a short time at least, the heady days of the ‘60s and early ‘70s, and many investors decided that a modest 400-square metre duplex would be a nice boutique addition to their property portfolios.

In 2012, the Syrian civil war escalated, ratcheting tensions between Iran and Saudi Arabia, tensions that manifested themselves on the streets of Beirut.

Amid threats of hostage taking and a spate of nasty car bombs, there were genuine security concerns for the safety of vacationing GCC nationals.

It was enough to put the coolers on the Gulf’s love affair with Beirut and Lebanon.

The current political impasse – Lebanon’s failure to elect a president – and the economic hernia it has created, hasn’t helped, and most of the luxury apartments that should be twinkling in the Beirut skyline at night are either unsold or empty, a depressing reminder that the brief but wild party of the late 2000s is over.

A buyer’s market? Maybe. You certainly get a lot of bang for your buck in Beirut.

In the district of Ashrafieh, you can snap up a 350-sq metre apartment that would make Londoners and New Yorkers weep with envy for $1.5 million.

The same property in the London Borough of Kensington, if you could find it, would cost $11.3m.

OK, Beirut isn’t London, but despite what the Lebanese Economic Outlook boffins have predicted, Lebanese developers, who have historically tended not to borrow, will probably sit out the lull, waiting for the next fair wind.

And there is precedent. Michel Suleiman’s appointment as president in mid-2008 brought confidence back to a moribund market and was a major factor in wooing the expat dollar.

However, if Lebanon can untangle itself from its political granny knot, any future housing boom will probably reflect a new austerity.

Developers know the days of the big spenders have gone and are building more humble apartments – some as small as 70 sq metres – for first-time buyers and investors alike.

There are already quite a few on the market and now is a good time to buy.

These one-bedders might be an affront to those Lebanese who have always prided themselves on having relatively big homes, but they shouldn’t worry; they’re in auspicious company.

In April and May, I was lucky enough to spend a week in a one-bedroom apartment on Hudson Street in New York’s West Village.

It was about 60 sq metres; there was no parking space, no lift and communal central heating, which would fry you on a hot day in early spring.

In London, the cost of a similar flat with similar period character would be about the same, give or take fluctuations in exchange rates, while Paris is not much cheaper.

At top Beirut prices, you’d get a spanking brand-new, high-spec pied-à-terre with a parking space for about $220,000, just a bit cheaper than Copenhagen.

The Danish capital might be the happiest city on Earth, but give me Beirut any day.

Source: Bargains to be had in Beirut real estate | The National